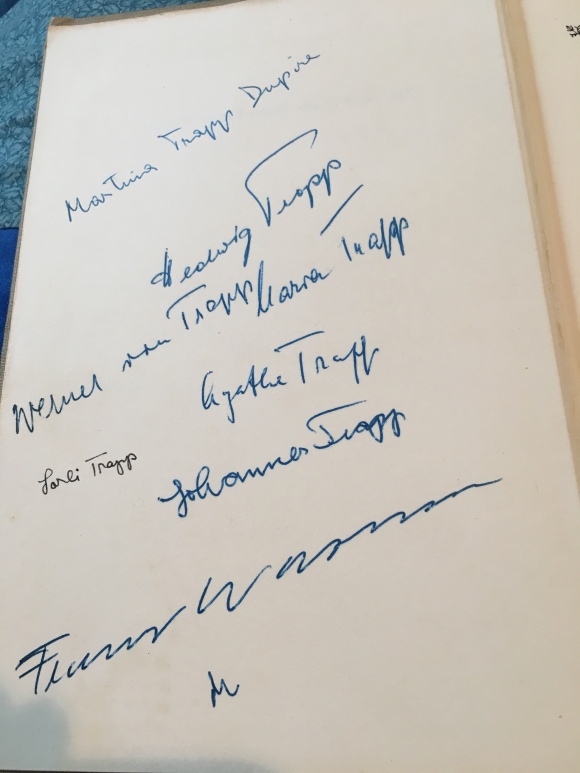 Someone recently offered their gratitude to me by saying, “Thank you, Linda.” I didn’t correct her. I had been introduced to her in a group setting just that day to help with a project. I knew she had met a number of different people who came for the same purpose. It was improbable that our lives would overlap again so correcting her took more energy than it was worth. Sometimes a mistaken name is not such a big deal. But when someone who should know better calls you by the wrong name, it matters! Or, we’ve had that experience when someone greets us by name and we have no idea who they are! We madly rifle through the files in our brain to remember how we know them and who they are. They hold some sort of power over us when they know our name and we haven’t a clue as to who they are.

When God urges Moses to go before Pharaoh, the ruler of the land, and ask for his people to be liberated, Moses understandably doubts the success of this request. He asks a reasonable question: who should I say has sent me with this preposterous proposal? But God doesn’t give him the answer he had hoped for. God is elusive and refuses to be boxed in. The name given to Moses is vague but conveys power: “I am who I am!” Yahweh can also translate as “I will be who I will be.” In other words, you will never be able to box Me in or have power over Me by possessing my name. So the Jews stuck with this name-unlike-any-other for their God. The second commandment underscores the hallowed nature of this Divine Handle: “You shall not take the LORD’s name in vain.” Names matter. 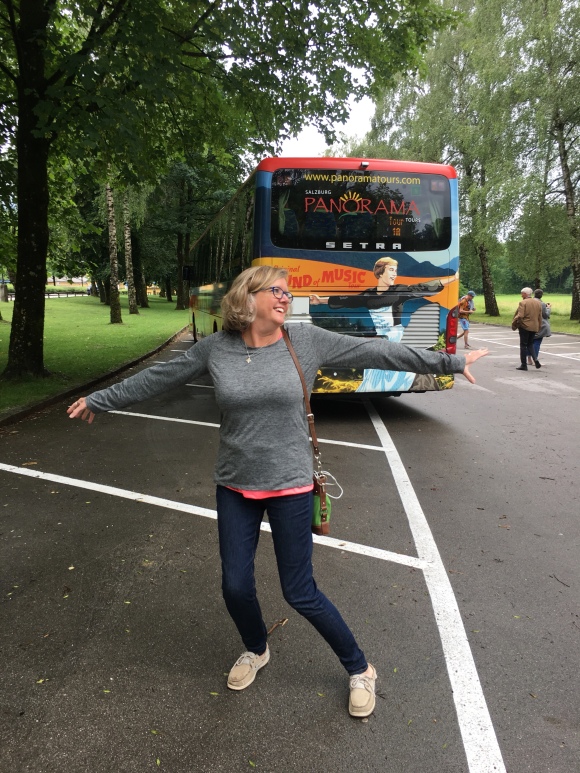 We started off our Roots tour not because of genetics but because of a name: Maria. As a child I was enchanted by the movie, The Sound of Music. Fraulein Maria’s character won me over and I filed her name away in my heart. Years later Garrett and I gave that name to our youngest child. She has derived part of her identity through the movie. So our first morning in Salzburg we took a four-hour long tour that traced the important places where the movie was shot. The city is so culturally rich that the crew had many beautiful and authentic backdrops from which to draw. The Nonnberg Abbey where the real Maria entered as a novice is situated in the hills of the city just below the Hohensalzburg Fortress that dates back to 1077. The gazebo was moved to the grounds of Hellbrun Castle where it is protected from overly zealous fans who imitate the dance scene from the movie! (One 82 year old woman frolicked happily from bench to bench until she fell and broke one of the glass panels! Now it remains locked…) From across the lake we saw the mansion where many of the outdoor scenes were shot. This is where Maria and the children fell out of the boat in front of a dismayed Captain VonTrapp. The Mirabell Palace Gardens in the center of the Old City offered a vine-covered archway, stairways with wrought-iron gates and stately fountains that are still attracting visitors today.

Movie fans hailing from at least a dozen countries filled our bus. Our guide said that every country knows and loves this movie except for Austria. With our varied accents we sang along to the show tunes as we drove through breath-taking alps. We stopped at the small town where the wedding scene took place. Maria Augusta Trapp wrote her story originally as a book which first became a Broadway play before it was made into a movie in 1965. Garrett hunted down a copy of the book on eBay which he gave me as a gift. Maria Trapp and nine of the children signed this copy years ago in their home state of Vermont. Liberties were taken in the transmission of book to movie. There wasn’t a Baroness who fought for the heart of the Captain against this pure-hearted nun. Julie Andrews was a relatively unknown actress in 1965 so they added the love interest of the Baroness so as to include in the cast a name that would draw crowds: Eleanor Parker. A leading lady in the 40’s and 50’s, the director, Robert Wise, knew that she would add to the film’s success. How interesting that Julie Andrews would end up being the more lasting name in Hollywood because of this timeless classic of a movie. Names matter!

So my Maria has experienced a bit of her roots in Austria! We agreed that we would gladly return to Salzburg for a longer visit. The beauty and romance of the city and surrounding Alps is indescribable! Perhaps it’s a city calling out your name?

Hi Laurie. Sounds like a fabulous trip. My daughters went with my parents to Austria a few years ago and loved it!! I hope you have a great trip. It will be fun to follow for those of us stateside!

Hi Lisa, thanks for identifying yourself! Nice to have a Lombardian following our excitement! It’s been awhile! Hope you and your family are well😊

I love the story of the Trapp Family Singers! They have another book, “Around the Year with the Trapp Family” which follows some of the family’s liturgical year traditions. Out of print and very expensive but really lovely.

I didn’t realize that. Thanks!