I had driven past that barn each day on my commute to work for 17 years. When I first moved to Belmont, three sheep claimed the old structure as “home.” In the Spring they would emerge from their lower-level pen newly shorn. I would wonder about the barn in its heyday. How many animals lived within its timbers for warmth? Were there tractors that tilled the field? Did children from the nearby farmhouse play in the rafters? 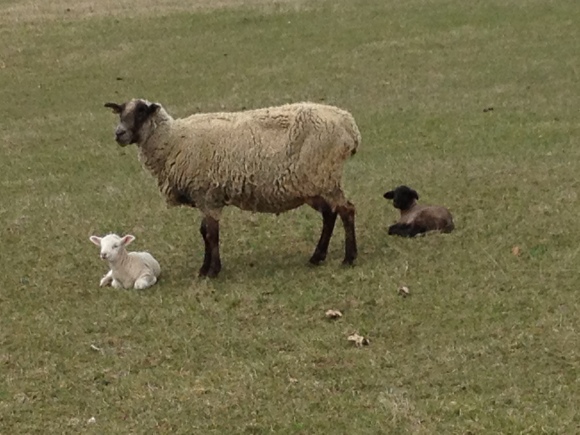 A couple of months ago the barn burned down. I was saddened to see the skeletal frame charred and exposed. Hay bales sat intact that had probably been dragged into the barn years before. Within a couple of weeks, the demolition was accomplished. A machine with a claw pulled down the timbers and piled them into a dump truck that carted them off to a place of refuse. The last pile to be pitched was a heap of stones. They had been held together with mortar to offer a firm foundation on which the whole barn rested. Even though the foundation had withstood the heat of the fire, it was no longer needed for support. I wondered what would become of those ordinary stones that had lived with such purpose for so long. Anyone seeing them now would just see ordinary rocks, field stone that is so plentiful that we scarcely notice it.

The writer of Ecclesiastes wrote of the seasons in life. He used imagery from a primitive lifestyle. “For everything there is a season, and a time for every matter under heaven.” One of those seasons came to mind as I saw the great claw lifting piles of foundation stones into a refuse truck: “a time to throw away stones, and a time to gather stones together.” Ancient people used rocks. They were transformed into essential building material. Alone, a rock had limited use. But, combined with hundreds of others, it could withstand wind, fire, rain and snow. Together, the rocks held up a structure that kept animals secure and hay bales dry. For a long season, these stones were needed.
We’ve been given another year, a new season, a chance at new opportunities even as our world sits frozen about us. Resolutions that were made at the beginning of this month may have already been broken. While we may feel like just ordinary stones that could be easily overlooked, God has a purpose for each one of us. You must be in community with others to be able to fulfill all that God is calling you to accomplish. Then, when God is the mortar holding a bunch of us regular folk together, there’s no telling what changes we can effect for the good of our community. So, for God’s sake, let’s gather stones together!