Five years ago I spent three weeks preaching on this enduring lesson Jesus taught about three men in a family. We hosted an art exhibit that specifically featured various artists’ interpretations of the parable of the prodigal son. Each piece of artwork was nuanced in different ways, trying to capture the rich panoply of emotions between a father and his two sons. A powerful image at the top of this post is the painting done by Dutch artist, Rembrandt van Rijn. Henri Nouwen, a Dutch theologian, author and priest, saw a copy of this painting in a colleague’s office in the 1980’s and was transfixed by it. He journeyed to Russia to sit for hours in front of the original painting at The Hermitage. Examining each figure and the emotions they displayed led him to author a book by the same name as the painting: The Return of the Prodigal Son. The rich themes of Jesus’ story would help him to make sense of the final chapter in his impressive earthly ministry.

Like many artists, Rembrandt painted himself into his artwork from a young age. When he was 30, Rembrandt painted an image of himself with his hand on the small of his wife’s back. He was toasting his audience with a tall drink in the setting of a brothel. This broad smile represented the face of the younger brother in the parable. He felt like he was at the height of his game! 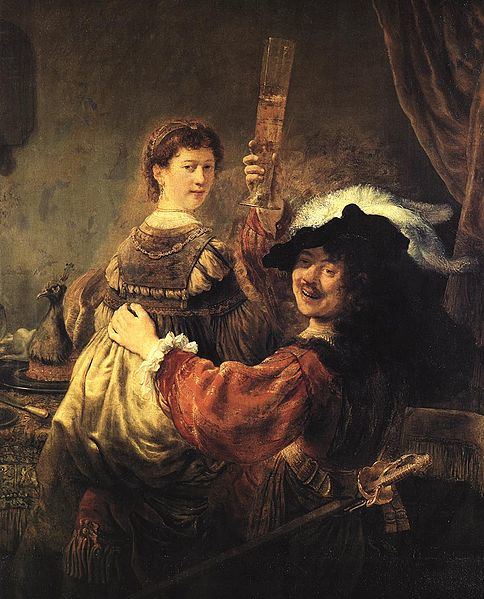 Of course, there is good news in these changes as well. Smog has lifted in overpopulated cities. Penguins are given free rein in the Shedd Aquarium! Families are doing puzzles and games together. Folks have discovered the beauty of a phone conversation and we will never take a hug for granted again. Wildlife are grazing brazenly in front yards and wandering in herds through neighborhoods. We are praising the work of our teachers and can’t wait for classes to reconvene. We are looking for ways to thank our medical and emergency response workers. Our ministries are reaching more people as folks tune into our streamed worship services who might never enter a church building. In the valley of the shadow of Covid 19 death, we find that we yearn for the blessing of the Father more than ever and see gifts that come even at this difficult time.
Father Nouwen never would have imagined that one of the warmest welcomes he would receive in his impressive career would come from adults with the mental capacity of toddlers. They asked nothing of him and received everything he offered as gift. As they blessed him with loving acceptance, he grew into his calling to be a father. No matter the four walls in which we live, we are invited to make it the Father’s House. We do it for those who are in our charge and for others who never received the blessing of their father or mother. Nouwen writes, “Faith is the radical trust that home has always been there and always will be there. The somewhat stiff hands of the father rest on the prodigal’s shoulders with the everlasting divine blessing: ‘You are my Beloved, on you my favor rests.’” 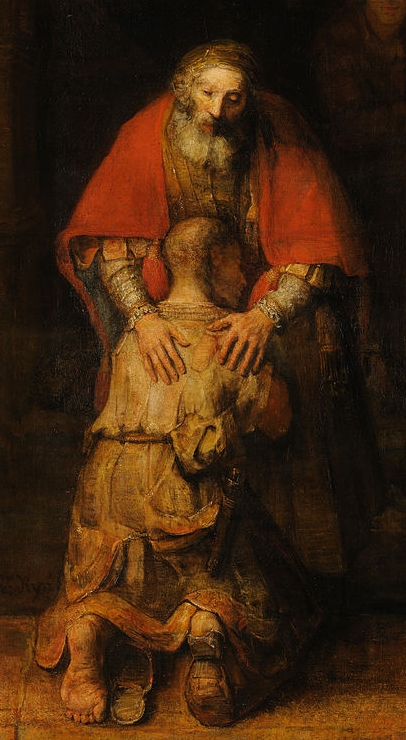 How are we laying our hands on our troubled world and blessing them? How are we parting the darkness with the joy of knowing we belong to One who accepts us for who we are? How can we shape our homes, in a time of ongoing quarantine, into sacred spaces where God dwells? We still have some time to prayerfully shape our answers!

One reply on “The Father’s House”

This was a powerful message Laurie. For me it meant a great deal. Thank you❤️

Sent from my iPhone