There’s a “Nastiness Law” still on the books in Old Town, Edinburgh. Today it’s a charming city that reeks of history, but it used to reek of something much more…human. With tenement buildings that stretched upwards sometimes 14 stories, it was a densely populated city with urban challenges in the 18th century. One of them was waste removal. There was no indoor plumbing or, for that matter, running water. Most households lived off of two gallons of water a day, used primarily for cooking purposes. In our moments of private need we head into a comfortable bathroom with locking doors. For Edinburgh residents in the 1700’s those needs were met in a corner of the home where a communal chamber pot held a day’s worth of waste. It was the daily dumping that became a problem in this crowded hub of humanity. People on the eighth floor were certainly not going to carry a sloshing bucket down endless flights of stairs to politely dispose of their household waste in a secluded spot. It was much easier and appealingly anonymous to toss the contents of the chamber pot out of the window onto the street below. It doesn’t take much imagination to understand how this might play out poorly. In a city known for its cultural opportunities, a lovely lady might be walking down the Royal Mile with her beau only to find their outing abruptly ended with a fecal fling from above. Lord, have mercy!

Proper waste removal is an issue. The response of the Edinburgh politicians was the Nastiness Law of 1749. This stated that one could not dump the contents of their chamber pots out the windows before 10PM and after 7AM. Even during those appointed hours, the “dumpers” were required to cry out a French warning: “Gardez l’eau!” This meant “Watch for water.” It became anglicized into a more Scottish-sounding phrase, “Gardy-loo!” Not unlike hearing the words, “Timber!” on a walk through the woods, passers-by knew to run for cover if they heard this cry. Of course, Edinburgh has boasted fine whisky served in countless pubs for generations. Much of that drinking happened in the hours of legal dumping . So one has to imagine that the risk of a disgusting dousing increased significantly for those stumbling home in the wee hours of the morning along the darkened streets of the city. I guess some risks were worth taking? You’ll be relieved to know that the Nastiness Law is still in effect so, if you’re strolling the Royal Mile when on holiday in Edinburgh, just be sure to be in by 10PM!

Photo by Kaboompics .com on Pexels.com

Photo by Luis Quintero on Pexels.com

The Nastiness Law of 1749 was a forerunner to future legislation regarding proper waste disposal. The rights of residents were considered in the face of undesirable human and industrial by-products. In our neighborhood we’ve experienced the consequences from toxic dumping. A local shoe factory started depositing their waste products in various sites around town starting in the 1950s. The laws were much different then and allowed for legal dumping in specific sites which, at that time, were rural. But it also happened in places that were not authorized. Farmers were paid to have the factory waste dumped in their fields with the assurance that it would boost their harvest. In fact, the sludge was teeming with PFAS, a toxin that has polluted our wells and crops, rivers and sea life. We are seeing cancer clusters and other health problems in those affected areas because of dumpsites that were chosen more than 60 years ago. The suspicion that it was not good for humans led to a general cover up effort in the last decade or more. We and other households have had full-house water filtration systems installed in our homes, paid for by the company. We also have Culligan water bottles delivered monthly at their expense. But we live with the concern that our health in the future may be compromised in unknown ways because of the past. One neighbor died from cancer in a home where the water levels tested extraordinarily high for PFAS. I contracted cancer nine years after moving into this “House Street Dump” neighborhood. I assumed my diagnosis was due to genetics and not environmental threats. Now it makes me wonder. I also fear for my children’s health as they stretch into adulthood. Waste disposal has certainly faced new and stricter legislation since the 1950s. The water crisis in our area (which is being dealt with much more effectively than it is for the beleaguered residents in Flint, Michigan) has awakened our community and our state to corporate responsibility toward those who have been adversely affected by their waste disposal choices. Whether dumped flagrantly on our heads or invisibly poisoning our water, proper waste management has become a crucial issue for our modern, industrial world.

Dumping off toxic stuff is crucial in the spiritual realm as well. Quite often we start off a worship service with a prayer of confession. Before we can really have a good conversation with someone, we need to be truthful about the ways we have hurt them. Only after we come clean can we give true expression of our love. So we kick off our worship with an acknowledgement that we have failed to live the faith as we had hoped. God doesn’t need that apology but knows that we do! This becomes the model for our interaction with one another. Admitting to someone that we hurt them and apologizing sincerely for it is cleansing both ways. If someone has done us harm we ask God to help us let go of the anger or hurt, even if they haven’t asked for forgiveness. It’s too great a burden for us to live with the wounds that someone else inflicted upon us. So God helps us to leave it behind so that we can move forward unencumbered. As Christians we spiritually take out the trash regularly so that there’s not a pile of rotting grudges eating away at our productivity and robbing us of joy. 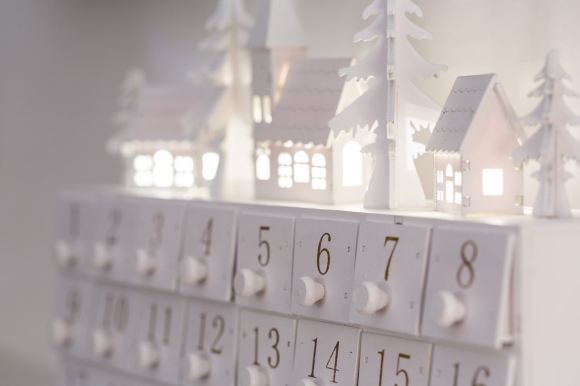 December 2 is the First Sunday in Advent. We start with a new year in the Christian calendar. As our culture catapults into a frenzied race toward the picture-perfect celebration of Christmas, our wise ancestors in the faith urge us to prepare for the birth of Christ by taking out the trash. Just as we make room for Christmas decorations by getting rid of accumulated stuff, so we do this in our personal lives. We look for the experiences that are taking up emotional room and clouding our vision of God. Advent is a season when we are asked do a raw appraisal of the toxic bits of our history that we have harbored for too long. This isn’t easy and may be a very messy process. But we courageously take proactive steps to bring them out of hiding and into the healing light of Christ. Isn’t it great that we are invited to do this annually! Have you ever had to move out of a house after filling it with things for decades? It’s a nightmare! We wish that we had kept up with the necessary sorting and purging that we avoid when there’s yet another closet to fill or space under a bed to cram another box.

It’s a messy process and there’s no legislation for spiritual waste removal. It can’t be forced. But there’s an ongoing invitation from the Prince of Peace to let go of what harms so that we can find the joy in Christmas. Take out the trash—for Christ’s sake!